My Fifth Apocalypse, Day 30: I’m Back and I Probably Shouldn’t Be 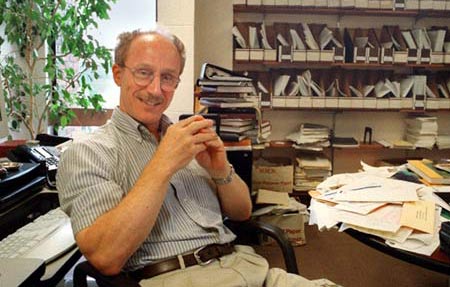 I haven’t written much since my dad died of what might’ve been COVID, and I failed to get a test to find out whether it was. As I sit here in my room, military helicopters are circling downtown. I’m not sure what they’re doing, but I’m sure it’s nothing good. Still, things have been so quiet for so long that it’s hard to get used to the noise again.

I wasn’t sure whether to keep writing this blog. Not that very many people read this blog, but still, so many people have counseled me over the years not to write publicly when you are going through a trauma. They say to take notes during, and write for other people afterwards. One of my favorite writers even gave a specific prescription: write about something three years after it happened, and no sooner. You can’t see it clearly, they say, when you are going through it. Sometimes I wonder if that’s all a lie. Sometimes I wonder if the clarity with which we see trauma long after it’s done is the real delusion. Sometimes I wonder if waiting is just a way to protect your readers, to cocoon them in the illusion of a narrative that we all know isn’t true. Sometimes I wonder if the real reliable person is the person going through a shitstorm, not the one who’s forgotten 99% of what happened so they can create a narrative that lets them keep going after what they’ve experienced.

A lot has happened since I last wrote. I went to my father’s funeral on Zoom. I saw the burial and his body on FaceTime. I battled the state of Massachusetts and the city of Boston and his care facility. I tried to get him a test and failed. I spoke with the Boston Globe and the New York Times and the Harvard Crimson and freelance writers from around the world. His student called him a mix between Einstein and Mr. Rogers, and this was perfect. I shared memories with his former students. I wondered what was wrong with me, why I couldn’t cry. Then I cried. Then I couldn’t cry again. I’m sure I’ll write more about all these things when I’m ready.

But what I want to write — what I want to remember later — is the way I woke up early this morning to have a Zoom conference with an old friend of my dad’s. I asked to talk to him because I wanted to hear stories from when he was young. It was a lovely conversation. I heard stories about my dad’s monkey Frodi and how patient and kind my dad was. How he once waited for his friend for two hours when his friend went to talk to a neighbor and got caught up.

But after the meeting, I went back to bed, and I laid there, and I felt this incredible pain moving all through my body. Every time I go through grief, I’m re-surprised by how corporeal it is. By how much I feel it in my chest and in my legs and in my toes and in my wing bones, my right wing bone especially. A grief counselor once told me that grief is love with nowhere to go. That’s a beautiful sentiment but it feels more, really, like grief is death that has infected you by virtue of your proximity to it, like it’s a grenade that tagged your loved one but hit everyone else around with some shrapnel, too.

I went for a hike in Elysian Park yesterday, not knowing I wasn’t supposed to. I parked my car and walked up the hill and came across some of the most beautiful fields of flowers I have seen. The birds were out. The bees were out. Nature was horny. I slipped my mask off when no one was around so I could smell the pollen. When I got back to the bottom of the hill, my car was surrounded by caution tape, and signs were up everywhere telling me I shouldn’t be there, that the trail was closed. I was terrified my car had been booted, but it was fine. I drove out under the caution tape, cautiously, so as not to knock it down, and went home to teach classes on Zoom.