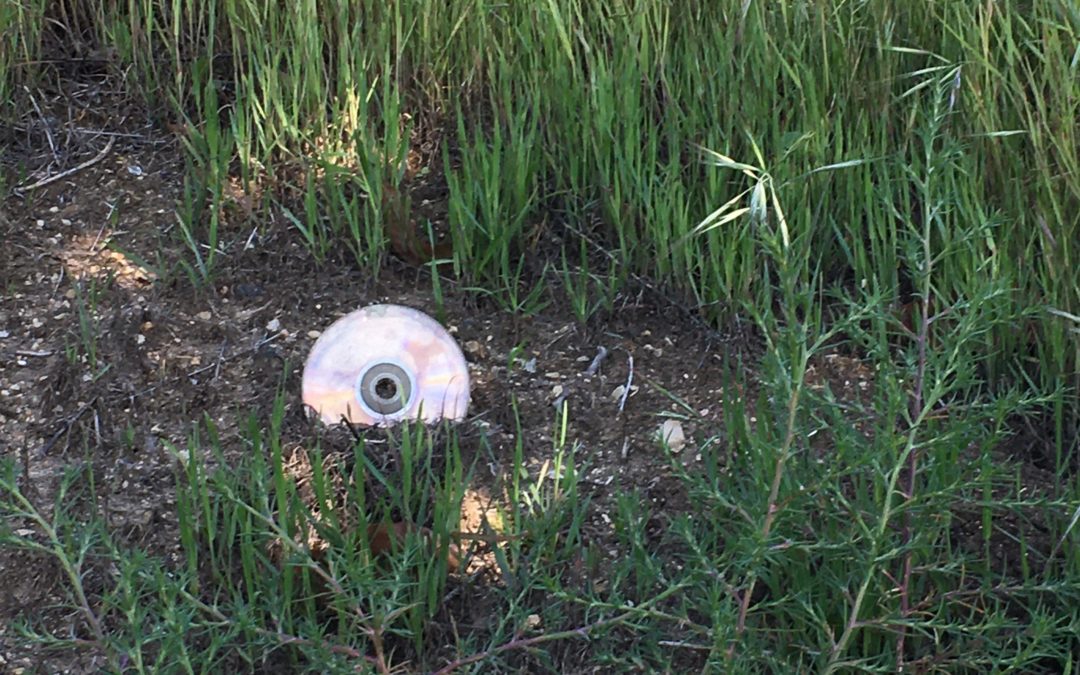 Yesterday, I woke up, poured a couple mugs of coffee down my throat, and, in a rare bout of self-control, went outside for a jog before I checked my phone or email for news about the world and my dad. My dad’s in a memory care facility in Boston where he is in the last stages of Alzheimer’s. Also, there’s a COVID outbreak on his floor — four people have tested positive, and one has died. Because of all this, it’s especially hard not to check my phone every morning when I first wake up, even though I know that’s horrible for you.

I ran out the front of my apartment complex down towards Chinatown, and right before I crossed the bridge over the empty 110 freeway, I took a left down towards Elysian Park. This is my usual route right now, because it’s the least urban, and I figure it’s probably a good idea not to go to highly populated areas like Grand Park or Chinatown or Echo Park. (Though Chinatown, for what it’s worth, seems to have fewer cases than pretty much anywhere else in LA at this point.)

Unfortunately, one of LA’s biggest COVID testing sites is at an old National Guard facility right before the park, so I’ve grown used to running by the half-mile long string of cars full of people in masks waiting to learn if they have this particular plague. I feel like I’m staying safe by running on the other side of the street from them, about thirty feet away. I hope I am. Anyway, I was tired of gawking at this, so I vowed to pay attention to something different this time. I ignored the waiting texts on my phone and hit play on my book about a Londoner wizard cop who is investigating a serial murderer at jazz clubs. It’s perfect for right now — just escapist enough to help me forget where I am but not so stupid I get annoyed and remember I’m escaping — but somehow I was having trouble paying attention because I was noticing how the garbage on the side of the road was different than what I was used to. I’d never consciously thought about the garbage before, but I guess I had at some level, because it was bothering me how much police tape and how many Quest Diagnostic bags I was seeing.

My phone buzzed. I tried not to look. I passed the National Guard facility and hit the respiratory hospital at the entrance to the park. As I write this, I realize how really bad my jogging options are. At the hospital, I aw some makeshift offices set up in the parking lot that looked frighteningly like the makeshift morgues I’ve been seeing all over the news.

The phone buzzed again. My self control finally folded. I paused my jog, pressed all the requisite buttons, and saw that he was fine, but that the facility had sent maybe the most infuriating email I’d ever seen: my stepmom had asked a long list of very good questions about why he was not being tested, and the facility simply answered that they were doing what the city of Boston told them to do, and that they would let us know if there was any change in my dad’s health. My stepmom asked if it was time to start contacting elected officials. I told her that I thought that this was a good idea, and that I had a lead on a place that might be able to get mail order tests.

I pictured my dad in his room. There’s usually a little bit of light coming in through the window, even in the dead of winter, but especially now, in the spring. He has a roommate who changes often, as they pass away, and I don’t even know who’s in there now. My dad has been on his floor for quite awhile. He sits slumped over in his wheelchair. They call it the Alzheimer’s slouch. He can still say “yes” and “stop it,” but his words haven’t had anything to do with what he means for a long time. I saw him a few weeks ago, in one of the last days before they closed the care facilities, not sure if there would be anything left of my father. When I looked him in the eyes, his eyes were still the bright green that mine turn sometimes when I’m in a good mood, and it seemed like there was a little bit of him left in there somewhere.

My dad was a research psychologist who, according to his colleagues, helped transform education for millions of teachers and students and parents around the world. My dad and I were quasi-estranged for many, many years, and I only learned about all the phenomenal work he did at a retirement party Harvard threw for him a few years ago. But the more I learned, the more I wish I had known him better. The more he became a hero of mine.

When I finally hit the park, I was overwhelmed by the way the sun came in through the palm trees and how bright green all the grass and trees were from the recent rain. The air is so clean – I can’t get over how nice it’s been to breathe easily when I’m outside.

On my way back, I saw that not all the garbage was apocalypse garbage. I started to ask myself what I would think of our civilization if I came across this garbage in a hundred years. I like to think that we’ll be remembered for bell hooks and Buffy the Vampire Slayer, but after a few hundred years and definitely after a thousand, every civilization in history is remembered mainly for its garbage.

If I came across this as a future archaeologist, I think what I’d think first and foremost is that the people in this place really must’ve had stomachs of steel. Flaming Hot Cheetos.  Soda cups from In ‘n Out. Modelo. A Big Gulp. Starbucks. A 5 hour energy drink.

There was also some miscellaneous stuff: some motor oil, a CD somewhat artfully stuck in the ground, and a plastic fork.

It struck me, looking at a discarded parking ticket, that the garbage of our civilization showed us to be rather devoted to the moment, caring little about the long-term. We are obsessed with plastic. We ingest food and drinks that makes us feel good now and feel bad later. We burn oil and use eating implements that you only use once. We park where we shouldn’t because it’s more convenient. We turn our music into plastic that you can’t play if it gets even the tiniest scratch.

When I was back visiting my dad in Boston, I got to talk to one of his colleagues, a man who had a lot more mainstream success than he did. My stepmom was talking to him, concerned about my dad’s legacy. One of my dad’s biggest programs was getting railroaded by Harvard because he was no longer there to defend it. The man told us all that he had rarely met anyone who had ever had a bigger legacy, and then he listed the names, one after another, of the students who my dad had shaped over the years. He listed where they were. He listed the incredible work they were doing. We sat there, listening to him list names for a long time. There were so many names. So many.

I got home and googled my dad. If you go to Google Scholar, he has a trail a mile long. But in regular Google, you get a Wikipedia stub and an article or two that’s hard for untrained people to understand. I started planning to figure out how to build out his Wikipedia. Who could I email? I had that long list of people his colleague had mentioned. Maybe, I thought, it’s time to create a website devoted to his work? But then I stopped myself. Would there even be an Internet in a couple years?

What a weird, weird time to be thinking about my dad.

I don’t know if our civilization, as so many are saying, is on its way out. I do know that my dad, who will soon be entering hospice, will be leaving us soon. But what I’m most sure of, the more I think about it, is we can’t control our legacy. I think we’ll be most remembered, if we’re lucky enough to be remembered, by what we do in our day-to-day lives: the people we mentor, the Flaming Hot Cheetos packages we throw out our car window. And if I do one thing after we live through all this, it’s going to be, I hope, to remember that our legacy is in the way we treat ourselves and the way we treat others, all day, every day.

You can read the full Fifth Apocalypse blog starting here.